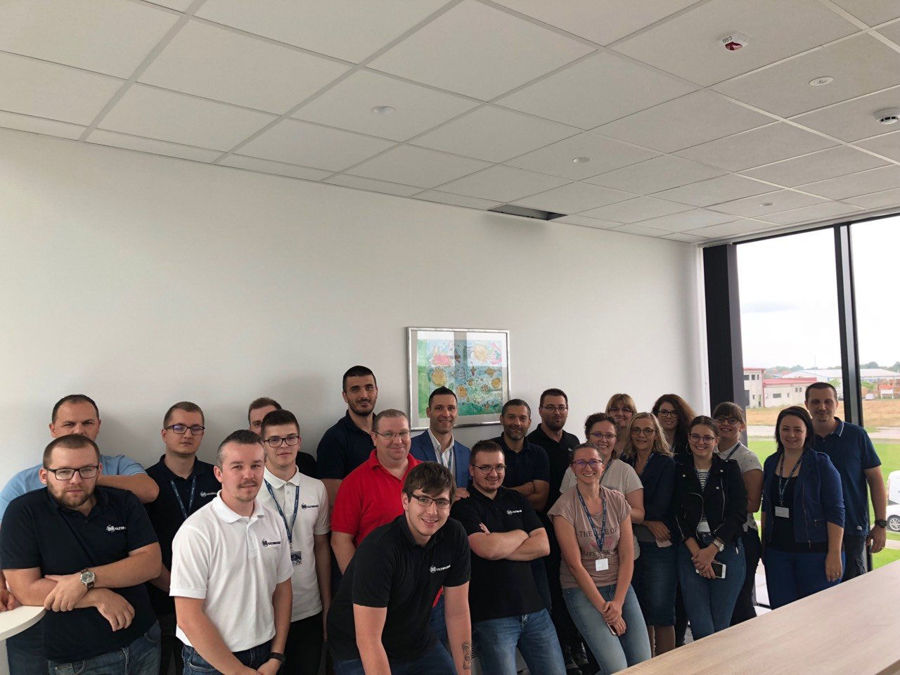 Zagreb, 14th of June 2016 – Today, in the congress center Forum Zagreb Ministry of Business and Trade, in cooperation with the Croatian Agency for Small Business, Innovation and Investments (HAMAG BICRO), presented the projects financed by grants from European Union funds.

The projects have been awarded grants from the European Regional Development Fund in the amount of over 82 million kuna (HRK 82,033,354.67) which would encourage investments totaling over 258 million kuna (HRK 258,292,165.76) and will open 190 jobs. Users whos projects revieved funding as part of the implementation of the operation programme “Competitiveness and cohesion 2014th to 2020th” were presented in three calls;
Investment in production technology SMEs (7 contracts), construction of production capacities of SMEs and investment in equipment (5 contracts), and support to the development of SMEs in the tourism industry by increasing quality and further deals (2 contracts). Users of 14 projects or contracts signed by these three calls in the last six months, are:

On the occasion of signing the contract with the customers, the minister of business and trade, Darko Horvat, said:

Entrepreneurs who have today presented themselves are proof of the existence of high-quality products in Croatia, good business opportunities and ways to successfully start or improve their business. Our goal this year is to get ten times more EU funds than last year. That way and with simpler application procedures, and shorter realization, the Ministry of Business and Trade sets up as a true partner firm and strong support to Croatian real sector.

The minister recalled that the simplification of procedures primarily related to the closure of financial structure. So far, contractors had to prove this when applying for the funds, and now that will be possible during project implementation. He also added that the Ministry is preparing new tenders whose order is planned in a way to enable entrepreneurs time of investment from the beginning of the idea to the final commercial product.

Assistant Minister Mikel Čivljak added that in this way the administration can be in synergy with entrepreneurs and that it can and must be in the service of their development.

Calling “Investment in manufacturing technology SMEs” and “Building productive capacity of SMEs and investment in equipment” came together in a common call “Competence and Development of SMEs”, which is the largest published competition for entrepreneurs in the amount of 867 million, in which case the amounts of individual grants range from 300 thousand to 30 million. The call is ment to encourage investment in the initial investment undertakings, whether the investment related to the establishment of new business units, expanding the capacity of existing establishment, diversification of the output of units on the products concerned business unit previously produced or a fundamental change in the overall production process of an existing business unit.

CEO of HAMAG-BICRO, Vjeran Vrbanec, emphasized the importance of companies role in this contest:

I am extremely proud of our businesses and believe that the results of these projects will soon be measurable by increase in the number of employees, generated revenue and export of products to new markets, achieving in this way the Croatian economic growth. HAMAG BICRO, together with MINPO, in this manner is trying to step forward in a strategic and effective withdrawal of EU funds in order to have as many such successful entrepreneurial stories.

The public invitation for the submissions “Competence and Development of SMEs” is a permanent invitation which means that project applications are processed and evaluated in the order in which they are committed, and in the same order contracts for the grant get signed, depending on the outcome of the evaluation of project applications, to the utilization of available resources. Project applications will be submitted to the use of funds, but not longer than 31 December 2016 Invitation “Supporting the development of SMEs in the tourism industry by increasing the quality and additional deals” is intended for micro, small and medium enterprises in order to encourage investment in the initial investments associated with the construction of new, expansion of capacity and / or increasing the quality of existing hotels to the completion of the investment to meet the minimum conditions and requirements for category 3, 4 or 5 stars from one of these types of restaurants from the group hotels: hotel, aparthotel, tourist resort, hotel or heritage diffuse hotel, including diversification of deals on hotel services not previously offered, with the aim of extending the tourist season and raising the competitiveness of SMEs in tourism. Call for tourism is permanently open, which means that the applications are received continuously, until 31 December 2016, or to the use of funds with a total value of 304 million kuna.